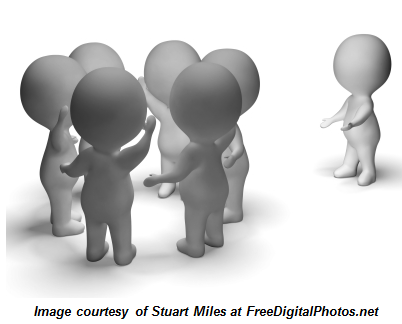 It’s fascinating how information can get distorted in the minds of the public and turn into urban myths.  Just think about Santa Claus or the Easter Bunny (Kris Kringle–I know you’ve written me to let me know you are real but . . . work with me here).

A classic example of the process that breeds urban myths is the idea that everyone on earth is separated by just six degrees of separation from everyone else.  It’s a popular piece of “conventional wisdom” and was the basis for a film starring Will Smith and Donald Sutherland.

The idea actually stems from some experiments done in the late ’60s by social psychologist Stanley Milgram, who asked participants in Nebraska to send a parcel across the United States to a stranger in Boston via people they knew.  Milgram found that there tended to be about six degrees of separation between the senders in Nebraska and the recipient in Boston.

What does this teach us about business networking?  The answer is this: To become a successful networker, it’s critical to be a part of the minority of people who truly are well-connected.  There are a few key behaviors that will get you there, and I give a few essential tips on joining the connected 29 percent in my new show on yourBusinessChannel.  Watch the show now by clicking here.

0 thoughts on “Six Degrees of Separation: Why You Can’t Always Trust Conventional Wisdom”