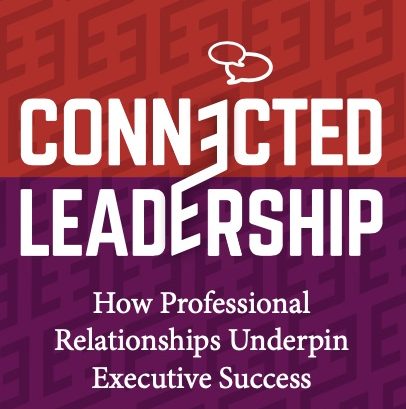 Today’s guest blog is an extract from Andy Lopata’s book, “Connected Leadership”, about the seven stages of professional relationships.

When we picture a network it’s easy to visualize a flat entity, a single structure comprising all of the people we know. Much network theory focuses on the number of people in the average network, with classic studies such as Girard’s Law of 250(1) and the Dunbar Number(2) often quoted.

In my opinion, both of these studies are flawed. They are flawed in their interpretation: The Dunbar Number was never intended as an indication of the average network size. They are outdated: they were both developed in the last century, well before social media dominated our lives and networks. And flawed in the basic premise: Girard’s Law is based on the observation that the average number of guests at a wedding or funeral is 500. I went to a funeral recently that was described as ‘busy’ and I can promise you that nowhere near 500 people attended.

The way both studies have been used in network theory is the biggest flaw. We have been told that ‘the average network size is 250’ (based on Girard’s Law). Other objections aside, this oversimplifies the nature of a network.

Rather than being a flat structure or simple grouping of contacts, networks are more complicated organisms with people flowing in and out and between various levels. I tend to visualize a network as seven levels of a professional relationship with a group of expanding circles, much like the side section of half an onion.

The Seven Stages of Professional Relationships

Within that network, there are seven levels of a professional relationship: 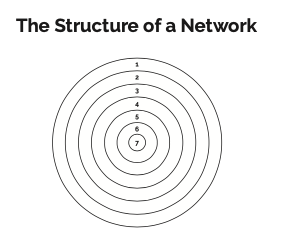 Towards the center of the network are people you have a lot of time for and want to support. That feeling is likely to be reciprocal and you’d be available whenever the other party needs and, at stages six and seven, actively looking out for each other.

As you move further out through the layers, the relationship becomes a little less trusted, not as deep. You might see each other less frequently, be less inclined to share openly with each other, or ask for help.

At the outer edges of your network are people who come in and out. If we meet at an event or dinner party I’ll be in your network for a few days. By that, I mean that if we bump into each other or I call you, you will remember me and know who I am. But that link is tenuous. After a few days or weeks, we will probably be strangers again.

Compare this to someone in the center of your network. You could probably go three years or more without speaking to each other but still, pick up where you left off as if no time had passed.

People on the outskirts of your network will come in and out. If you want to embed people in your network, your first challenge is to get beyond that outer circle and into their long-term memory. 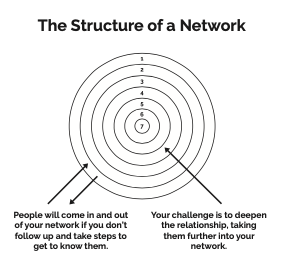 Andy Lopata‘s book, “Connected Leadership” can be bought from amazon.com at a promotional price of $0.99 TODAY. As Ivan’s readership is global, this page lists the book on all of Amazon domains.