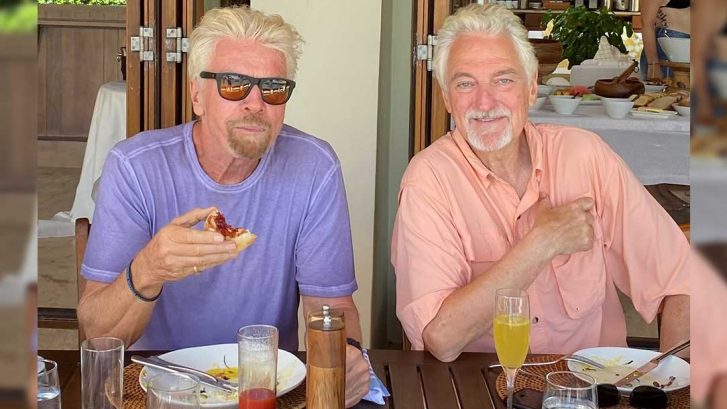 I had an opportunity to go back to Necker Island this month where I spent the better part of a week talking to Richard Branson.  I asked my followers on social media to suggest questions that I could ask Richard and the one that I chose to focus on was about his legacy.  Specifically, what is the legacy that he feels he will leave behind?

My impression of Richard is that he is not one to mull over his legacy in the world. That said, he is one to contemplate the impact that he has had on the people around him.

Surprisingly, the first thing he spoke about when I brought up the topic was his family.  “In the end,” he said, “it is about your children and your family.  How you brought your children up and how they live on in your name is an important part of your legacy.”  I asked him for an example of how he did that with his children when they were young and he spoke about the family dinner table discussions.  He said, “it’s so much more interesting if you can throw out a discussion with kids and have a dinner table debate on the issue.”  He said that he “wanted them to learn about what’s going on in the world and most people don’t do that.”  For him, it was a way to guide and coach his children about issues in his community and the world and that learning is an important legacy to carry on.

My experience of Richard is that he lives his life to the fullest.  Every day on the island he would swim a lap or kite sail around the entire island.  Then, he might go to a nearby island to ride his bike.  In fact, he just had a nasty bike accident as I am writing this blog where he thought he might have broken his hip.  Luckily, he did not. I private messaged him on our What’s App group saying: “I am so glad you are ok.  I’d suggest you slow down a bit but I do NOT think that phrase is in your vocabulary.”   The rest of the private What’s App group seemed to agree with that assessment.

Also during the conversation with Richard about his legacy, he spoke about the planet and the need to reduce our carbon footprint whenever possible.  He described in detail how Necker Island was now virtually carbon neutral with a solar-panel powerplant covering a large portion of the island along with three massive windmills up on the hill supplying energy to the island.

He once told an interviewer that that “with extreme wealth comes extreme responsibility. And the responsibility for me is to invest in creating new businesses, create jobs, employ people, and to put money aside to tackle issues where we can make a difference.”

Richard said that “you must be driven by a purpose that is greater than yourself. I’d like to think I’ve lived a full life and made a difference but in the end, it’s about how you brought up your children and how they live on in your name.”

4 thoughts on “Richard Branson on Legacy”