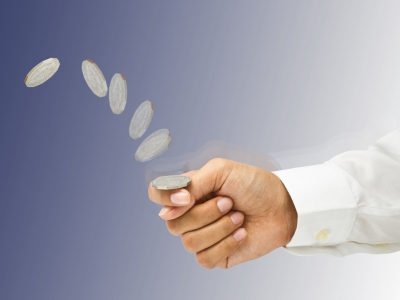 If this sounds like you, you are doing it all wrong. Networking is not a vending machine. You don’t put in coins into the machine and get a candy bar every time–sometimes, you have to wait for your candy.

This mentality is called “transactional networking,” which is going to get you nowhere quickly in the world of referral networking. The “I will give you this, now you have to give me that,” point of view is only going to leave you sorely disappointed.

Instead, the proper mindset is, “Let me help you. I’ve got some ideas. I have a referral for you.” Over time, they’ll give it back you when the opportunity arises. This mentality is called “relational.” Keeping score or holding a referral back because you haven’t received one in return won’t always work, but thinking about giving before getting and making it the foundation of your business reputation, will.

Let’s take a closer look. If you’re keeping score and have given two referrals, but only received one in return, you might be a little disappointed. But consider the value of those referrals. You can’t simply go by the numbers. Two referrals to a florist are vastly different than two referrals to a real estate agent. By the same token, we don’t think it’s realistic to expect $1,000 worth of referrals from someone just because you passed them referrals of that amount.

I understand the hesitation to give referrals to someone you don’t know well–but giving doesn’t have to start with a referral. It can start with a conversation. If you’re having a conversation with a possible referral partner and they express a problem they may be having, you might say, “You know, I just read a great article on that. I’ll email it to you.” You hand them your business card with your email address on it, they do the same and –voila! A connection is made through giving.

Remember, networking is more about farming than it is about hunting. It’s about cultivating relationships.