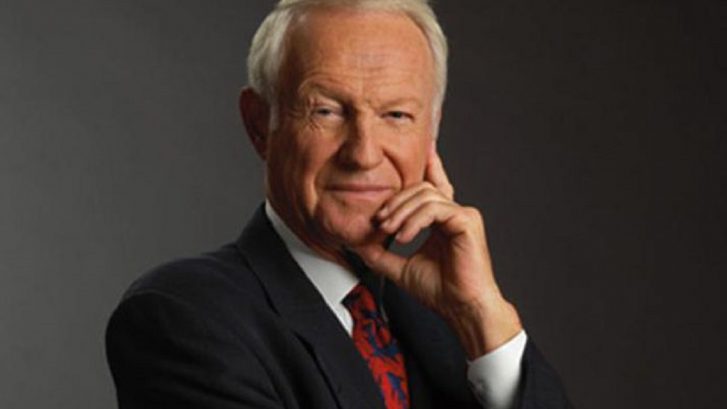 If you do not know someone personally and want to reach them, I would not contact them directly. Instead, I would find someone that knows them and I would request an introduction. When you request an introduction to someone well-known or very successful from a trusted third party, it smooths the path to meeting them as you network up.

That is exactly how I met Harvey Mackay, author of “Swim with the Sharks without Being Eaten Alive”. Back in the ’90s, I had not published any best-selling books yet, so very few people knew who I was. Still, I wanted to meet Mr. Mackay to ask him if he would write a section of my upcoming book. I thought he would make a good contributor as he had written about networking before. No matter how many times I tried, I could not get past his assistant without name recognition.

I started asking everyone I knew if they knew anyone who might have a connection to Mr. Mackay personally. A year later, I was on a book tour in another state. A BNI member in that city picked me up at the airport. While on the one hour drive to the hotel, he asked me many questions about my book. He attended the book tour event that week and asked if I would like a ride back to the airport the next day. I agreed. On the ride to the airport, he thanked me for all the suggestions I had shared on how to build a powerful personal network. Then he asked, “Is there anything I can do for you?”

So, I said to him, “I’ve been trying to connect with Harvey Mackay. I have not had any luck getting past his assistant. You wouldn’t happen to know someone that knows Harvey, would you?” He said, “Sure, I know his assistant pretty well. In fact, I have her mobile number”. He went on to explain that he always volunteers to drive visiting authors from the airport because he learns from them during the hour drive. That is why he volunteered to drive me.

Request an Introduction to a gatekeeper

He knows Mr. Mackay’s assistant because he talked to her many times the previous year when he volunteered to drive Harvey Mackay to/from the airport. He wanted to know why to qualify me before he passed it on to his trusted contact. I told him, “I wanted to ask Mackay if he would be willing to contribute to a book I was writing called “Masters of Networking”. Mackay had written a book on networking and I knew he would be a great contributor”. The driver said he would be happy to reach out to Mackay’s assistant and request an introduction to him.

Guess who called me the next week? Not the assistant, but Harvey Mackay himself. Mackay is an icon in the business world. I was honored to have a fantastic conversation with him. I learned that he absolutely “walks the talk” when it comes to networking. He took the time to learn about me and my book. My luck changed when he agreed to write a contribution to my book. Over the years, we have talked together on many occasions. He was even a keynote speaker at one of our BNI conventions. We have strengthened our relationship and I consider Harvey a good friend.

I was able to request an introduction to Harvey Mackay because I asked people who I knew and who I believe trusted me. I would ask people who trusted me for the referral. They knew I would not betray their trust. People do not want to give a referral to someone who just wants to sell something to their contacts. It still works for me today.

3 thoughts on “Request an Introduction to Meet a Big Name”