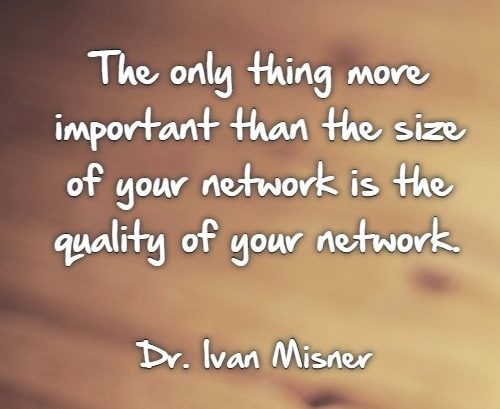 To this day, I steadfastly disagree.  Networking is not a numbers game.  It’s more like a people puzzle.  It’s about building relationships with the close people in your network.  That means that it’s about finding ways to interconnect the relationships you have to build a powerful personal network.  In order to do that – you actually have to have a fair number of quality relationships in that sea of contacts.

By the way, since that argument a few years ago, my friend is no longer in the networking business.  Quantity is good but quality truly is King.

3 thoughts on “Quantity is Good but Quality is King”