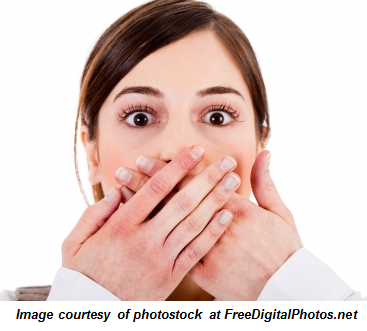 Last week I wrote a blog called “Premature Solicitation,” which was about a situation where someone whom I had never met and didn’t know asked me to introduce him and his product to a very important connection of mine.

I shared this blog in a couple of venues, including one of my favorite online social networks.  A great dialog ensued with most people sharing their horror stories and frustrations about people who pounce on them at networking meetings asking for business even though they’ve never met the person before.

Every time I start to think this is an almost universal feeling of distaste for that approach to networking, I am brought back to reality by the minority of people who still think that this is actually a good networking technique.

To my astonishment, someone on the forum actually wrote:

“I don’t happen to believe that you need a relationship with the person you are asking first. What you must have is a compelling story or product/service that would genuinely benefit the referral . . .


The fact that you had not cultivated a relationship with the person has become irrelevant because, more importantly, you had been in a position to help [your contact] benefit from the introduction.  If it’s of genuine benefit to the person being referred, I don’t see the problem . . .


It’s about the benefit of what’s being referred rather than the relationship with the person asking for the referral . . .


Who am I to deny my contacts of something good?”

Wow.  What can I say?  The “relationship” is irrelevant! All you have to have is a good story, product or service and I owe it to any stranger (who says he or she has a good product) to introduce him or her to a good contact of mine!  Really? People really think this way!? According to this writer, it doesn’t matter if I actually know or trust the person wanting the business.  As long as the person has a good product (or so he says), I should refer that person because I would “deny” my contacts “something good!”

Also–tell me here in this blog what you think about the quotes above.  Do YOU want to get hit up by people at networking events this way?  Please tell me I’m not alone!  Networking is about relationship building–not “pouncing” on people because you think you have something good to sell them!

14 thoughts on “‘Relationships are Irrelevant!’ Really?”