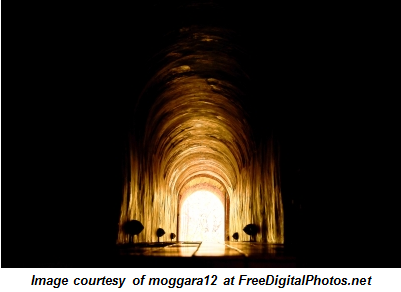 Social capital works for everybody, not just people who set out purposefully to become networkers. A colleague of mine works in a profession–writing and editing–that entails a minimum of day-to-day interaction with others. He handles a limited number of projects, usually no more than two or three books at a time, and works long hours and days in isolation.  He surfaces occasionally to communicate with an author or publisher about details. You might say he works in a cave with only a few air holes.

How does a cave dweller build social capital? This particular editor, feeling the isolation, crawled out of his cave one day and went looking for company. He joined a small band of writers forming a professional organization. Energized, he joined their efforts to build the organization, attract new members, publish a newsletter, schedule presentations and speakers, arrange conferences with editors and agents, and even throw a few parties to lure other writers out of their caves. All of this work was done by volunteers who got a kick out of building a service organization that would help writers network with one another and achieve success.

The organization grew and became the largest writers’ networking organization in the nation. While this was happening, my friend the editor made several new friends among the organization’s founding members. One of them told him of a job opening that turned into a 12-year-long salaried position; this gave him the steady income he needed to support his family. Another friend, a low-volume publisher of high-quality books, gave him several editing projects and, after his salaried job ended, gave him a full schedule of freelance work.

Many of the authors this publisher referred to the editor returned again and again with other projects for other publishers. One of these writers was . . . me, author of more than a dozen books, most of which I have worked on with the same cave-dwelling editor.

Although the editor didn’t know it when he began this low-key form of networking, he was building social capital when he thought he was only having fun. Over the years, the interest on this social capital began flowing back to him in many different forms, with no direct connection to the benefits he had helped provide to other writers.

As you can see, venturing out of your cave can bring invaluable gains in social capital. It’s well worth the effort, especially if the nature of your job finds you working mostly alone.  Follow the lead of my editor friend, and I guarantee you won’t be disappointed.


6 thoughts on “Outside the Cave, Into a Network”