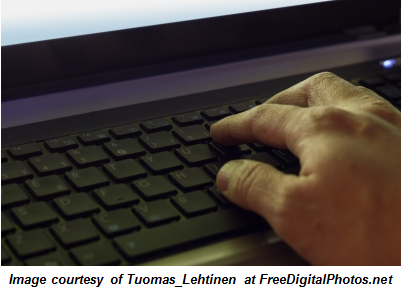 I belong to several online networks. Recently, I got an email from one of the members whom I don’t know, have never talked to, and was never directly connected to in any way.

He sent out an email to many people in the online community about a new person who just joined. In it, he said: “Letting her join was the biggest mistake you will ever make. . . she is a disaster, is totally unreliable, is a total liar. You. . . have been. . . conned,” he concluded.

Wow, I was amazed that this “stranger” would send me this email. But the impersonal nature of online communications sometimes leads people to behave in ways they could never get away with in person! There are social mores that are easily bypassed when you are not looking someone in the eyes.

Whether you are dealing with face-to-face networking or online networking, the basics of etiquette and emotional intelligence should still apply. You have to be aware that when you are communicating on the internet you are still dealing with real people. Even though you may feel very powerful because you can say things and send it out to many people it doesn’t mean that you should or that it’s appropriate to do so!

The ignoramus who sent me this email would never have the stones to talk about this person “personally” to all the people (including strangers) that he emailed, but he could do it behind the relative safety of the internet. Unfortunately, this is one of the weaknesses of the powerful medium of the internet. If this individual behaved like this at an “in-person” meeting, he’d likely be thrown out! But online, he thinks he can get away with it. People like this become so disconnected with reality that they get this false sense of power (not to mention self-importance).

So, what do you say to someone who sends you such a totally inappropriate email? I told him that “I didn’t know the woman he was talking about but that his email told me a lot about him and that I did NOT want to get this type of slanderous communication again.” He surprised me with his response. He said that he didn’t know who I was and “he didn’t want to talk to nobodies” like me! At first I thought, “nobody, I don’t think I’m a nobody.” Then I thought, hmmm, maybe it’s a good thing to be a “nobody” to a nutcase!

Have you had experiences like this? If so, tell me about it. What did you say when you got an email like this? I want to hear your feedback.