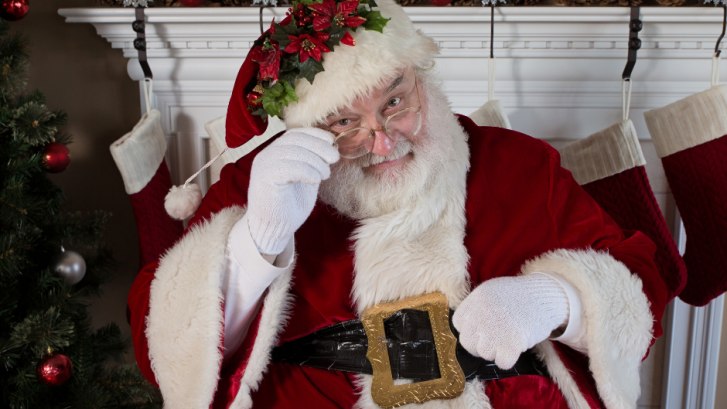 What do Santa Claus, the Easter Bunny and “six degrees of separation” all have in common? They are all urban legends!  Time to put the kids to bed. I don’t want to stir up any trouble with Christmas around the corner. What I do want to take issue with is the six-degrees thing.

The legend originally stems from several “small world experiments” conducted in the late ’60s by social psychologist Stanley Milgram, who asked participants in Nebraska to send a parcel across the United States to a stranger in Boston via people they knew.  These experiments involved sending letters from a group of people to a specific person in another part of the country. The people were told to get the material to someone who might know someone who would know the individual to whom the material was to be delivered. This process formed a chain of connections linking the people together. It was, in fact, found that the letters that arrived in the right person’s hands took, on average, between five and six connections. Milgram found that there tended to be about six degrees of separation between the senders in Nebraska and the recipient in Boston. This part is true; however, if you look closer, you will discover the problems that exist within the blanket statement that “we are all connected by six degrees.”

First off, though the average number of links for people who got the material through to the final contact was five or six connections, the majority of the connections that were made ranged from two to 10 (the average was five to six). This means that roughly half took more than six and roughly half less than six. Well, you say, that’s the average and I would agree that there’s nothing wrong with addressing this concept by the average, but there’s one small problem. The overwhelming majority of people in all of Milgram’s studies never got the material to the intended recipient at all! In Milgram’s most successful study, “217 chains were started and 64 were completed–a success rate of only 29 percent.”

That’s right–a success rate of less than one-third of the participants! So what this means is that 29 percent of the people in Milgram’s most successful study were separated on average by six degrees from the final contact person. However, that means that 71 percent were not connected at all!

But wait, I’m afraid it gets worse. This was Milgram’s most successful study. In another of his studies, only 5 percent of the participants completed the chain. Therefore, 95 percent of the people in the study never made the link to the person they were supposed to connect to at all–ever! Don’t shoot the messenger, but I am afraid to tell you that we are not “all” connected with everyone in the world by six degrees of separation. We’re just not . . . not all of us.

So why would I, someone who has devoted most of his professional career to business networking, be telling everyone about the Achilles heel of this iconic concept upon which a lot of networking pros hang their hat? Well, there are two reasons. First of all, I believe this myth creates complacency. The thought that everyone is absolutely connected to everyone else on the planet by six degrees gives some people a false sense of expectation and thus lulls them into a sense that the connection is bound to happen sooner or later, no matter what they do. Second, and most important, the studies’ findings indicate clearly that some people are better connected than others. I believe that’s important because it means that this is a skill that can be acquired. With reading, training, and coaching, people can develop their networking skills, increase their connections and become connected.

29 percent of people who are, in fact, separated from the rest of the world by only six degrees.

Milgram’s work was revolutionary. It opened up a whole new world of discussion and understanding. It has, however, been romanticized. The mythical version of his findings does no good for anyone. It gives people a false sense of security or an erroneous worldview of the networking process. I believe we do live in a “small world” that is becoming smaller and smaller; and I also believe it is possible to be connected to anyone in the world by only six degrees. I just don’t believe that “we are all” connected by six degrees, and Milgram’s own findings support that.

The good news in all of this is that it is possible to be part of the 29 percent through education, practice, and training. We can be connected to anyone through the power, and potential of networking. In fact, by understanding that, we can set ourselves aside from our competition by knowing that being able to make successful connections is not an entitlement. Instead, it is a skill that only some actually develop. As for the 71 percent of people who are not connected and yet still believe in the six degrees of separation concept–keep the faith.

It’s fascinating how information can get distorted in the minds of the public and turn into urban myths.  Just think about the myths: Santa Claus, Tooth Fairy or the Easter Bunny. What does this teach us about business networking?  The answer is this: To become a successful networker, it’s critical to be a part of the minority of people who truly are well-connected.  One final thought for your kids, “Yes, Virginia, there is a Santa Claus”

2 thoughts on “No, Virginia, there is no Santa Claus!”