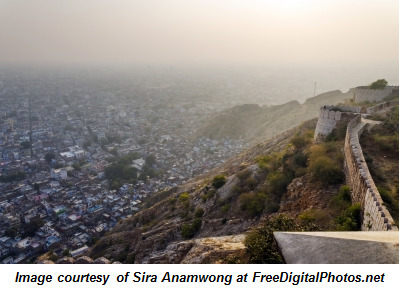 I’m headed to India this week to speak for BNI in Mumbai and Bangalore.  I look forward to meeting many people and having the chance to help them increase their business through referrals.

I’ve traveled to dozens of countries to speak and teach my philosophy of Givers Gain® in business. However, this is my first time to visit this exotic country. I’ve discovered that it is very important to get “briefed” by others before speaking around the world. I learned the hard way in one country during a public presentation that mentioning a woman’s “pants” actually indicates that you are speaking about her “underwear.” A story that talks about a woman’s pants, no matter how funny it is, doesn’t quite achieve the effect it’s supposed to when it’s told by a man and “pants”  means “underwear.”

Another thing I’ve learned is that using a specific phrase about tree roots in Australia or New Zealand can actually mean that you are talking about having sex. Who would have thought?! When I unknowingly used the phrase (in reference to tree roots–not sex) in the title of an article I wrote, folks in New Zealand and Australia began calling and e-mailing in handfuls to let me know of my blunder. On behalf of Americans everywhere who’ve used this phrase when speaking or writing to Australians and New Zealanders, I’d like to apologize.

In Sweden, there’s no expression for “word of mouth.” There, it is translated as “mouth to mouth.” Takes your mind in a whole different direction, doesn’t it?

And then there are hand gestures . . . don’t even get me started on talking about hand gestures! Suffice it to say, I’ve almost caused several international incidents by accidentally making the “wrong” hand gesture in some countries.

I’ll post a blog or two about my visit to India soon. But, before I go, help me out here would you please? Is there anything I should know about speaking in India? I’d really like to head back to the U.S. knowing for sure that the citizens of India are talking about something positive in regard to me . . . something other than me causing a public scene for saying or doing the wrong thing. 🙂

Wish me luck and, please, drop me a note here if you have any helpful information. Thanks!