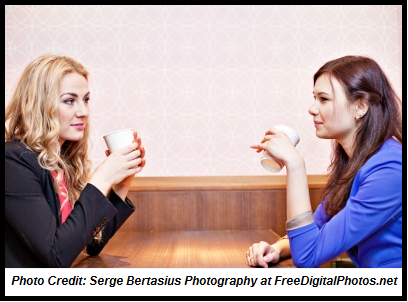 It can be dangerously easy for a networking group that meets regularly to become a coffee talk session with little or no networking going on.  That’s exactly what happens when a group loses sight of their purpose, focus, system, and structure–or never has any of those things to begin with.

People begin to make up their own agendas and the networking loses focus.  When you lose focus, the meetings become social.  Networking should be about business.  Of course there has to be a social aspect, but it’s really about business, commitment, and accountability.  People can be like water and tend to take the path of least resistance.  Without the proper framework in which to operate, the agenda becomes the topic of the day and it ends up being whatever the person running the group thinks the meeting should be about.  That sort of inconsistency over time is a problem for a networking group.

Even if you have a good, strong leader, at some point the person’s life will change or maybe he or she will simply get burned out.  The problem starts if there is no one else to teach.  Teaching is a leaky-bucket process.  You start with a whole bucket of information.  When that information is taught to someone else, some of that information leaks out and the people being taught only get that limited version of the information.  In turn, when that person teaches someone else, the material continues to get watered down based on their understanding and ability to articulate the material.

By the time you are in the third or fourth generation of people passing along the information, you only have about half a bucket remaining.  When the bucket of information gets low, people start putting in their own stuff.  Very rarely does the material improve over time with this process.

In short, it is a beautiful thing when people in a networking group become close friends–the key to making sure it doesn’t detract from the goals of building each other’s business through networking, however, is to ensure that no matter what type of networking group you’re in the group has a strong sense of purpose, a solid structure, and that each member is committed to carrying out the systems for networking which are already in place.

So, how does your networking group maintain its focus and its commitment to its systematic networking practices (e.g., careful selection of leadership, effective training programs, etc.)?  I’d love to hear your thoughts–please share them in the comment forum below.  Thanks so much for your participation!

6 thoughts on “Networking and Friends”