Your Network Should be Both Wide and Deep - Dr. Ivan Misner® 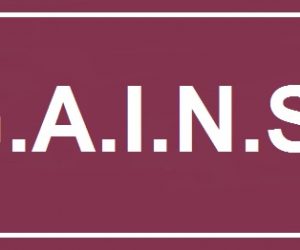 If your network is a mile wide and an inch deep, it will never be very powerful. You need a strong and stable network that is both wide and deep. Like the supporting roots of a huge oak tree, some of your referral relationships need to go deeper. You create deeper relationships by learning as much as you can about other people. You want to find out details about their family, their interests, and their goals. Get to know them a little bit better.

I think the absolute master at this is definitely Harvey Mackay, a speaker, and best-selling motivational author. The first time I spoke to Harvey on the phone, he must have been taking notes about everything I said. The second time I had a conversation with him, Harvey surprised me by asking, “So, how are your kids? You’ve got three, right? What are Ashley and Cassie doing now? And how’s Trey doing—is he about ready to go to college?”

I was thinking, “Wow! How did you remember all that?” The more I spoke to Harvey, the more I became convinced that he had a system for keeping track of the important details of the people in his network.

Now when I talk to him, I know what he’s doing, and I love it! I’m impressed by Harvey’s system because it takes work. He has a database of the people in his network, and he does some research before calling anyone. And he’s continually adding and updating the information—your pets’ names, your children’s names, your birthday, and the anniversary of your company startup. Harvey sets himself apart by putting in an effort to honor people by remembering what’s important to them. It’s hard not to be impressed by that.

That’s what I mean by going deep with your relationships. Are there other ways to do this? Certainly, but I think Harvey Mackay’s system is excellent. We live in this sound-bite society in which most people want to get right down to business without getting to know the other person. What I’ve found is when you really get to know somebody, amazing things happen.

Here’s a good example of this. In our BNI groups, we introduced a tool called the GAINS profile—it stands for “Goals, Accomplishments, Interests, Networks, and Skills.” We tested it on a small group of people to see if it would work. Each person filled it out for themselves, listing their goals, accomplishments, interests, networks, and skills—both personal and professional. Two guys in our test group didn’t want to fill out their GAINS profiles. “This is just silly,” they complained.

I said, “That’s why we’re testing this tool with you guys before we roll it out. If it doesn’t work, then tell us. But you have to try it first.”

So these two skeptical guys had a conversation and shared their goals, accomplishments, interests, networks, and skills with each other. During the process, they discovered that they were both coaches for their sons’ soccer teams. Oh, all of a sudden, these guys were best friends! They talked about soccer and shared plays with each other. They even ended up scouting out the competition for one another’s teams. And guess what happened? These guys had known each other for a year but never did business with each other. Within three months of the GAINS exercise, they were passing quality referrals to each other. The change happened because they found out they were both soccer coaches and that game connected. That connection built trust, which turned into business.

Connecting over a nonbusiness interest endears you to the other person. Now you’re not just some salesperson to them—you’re a friend.

You pay a compliment to people when you show that you understand what’s important to them. Make it an aim of yours to learn at least one goal or personal interest someone has outside of their business.

2 thoughts on “Your Network Should be Both Wide and Deep”