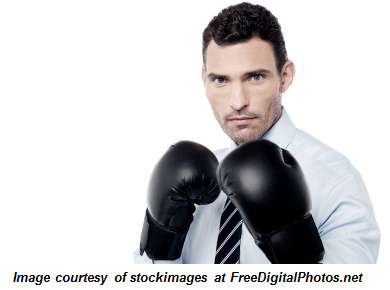 My philosophy about competition is best summed up by Henry Ford, who once said, “The competitor to be feared is one who never bothers about you at all, but goes on making his own business better all the time.”

In my business organization, BNI, members or directors often express concern about other competitive networking groups that are forming and bad-mouthing our company or attacking our program in some way. I tell my team that if they feel like someone is biting at our backsides, it’s because we’re out in front. Success in business is about constantly improving your product or service and making it better all the time. The process is a journey, not a destination. However, if you are constantly working to improve the system, improve the product, improve the culture and improve the team, you will also improve your position in the marketplace.

Almost 10 years ago I had a particularly aggressive competitor publicly state that he was going to bury our organization. Since then we’ve grown by almost 400 percent. I haven’t heard about his company in years. I’m not sure whether it’s still in business. Ford got it right. Keep making your business better, and you’ll have no need to fear your competitors–your business will be the one competitors fear the most.

7 thoughts on “My Philosophy About Competition”