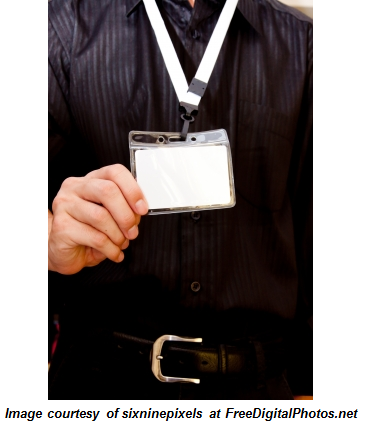 Scott Ginsberg is celebrating his tenth anniversary. He’s been wearing a nametag for 10 years in a row. He has never taken it off. That’s right, 10 years = three thousand, six hundred and fifty days = 87,600 hours = 5 million two hundred fifty six thousand minutes = 31 million 531 thousand seconds and counting. He’s the world record holder. He has even tattooed his nametag on his chest and is the only person in the world who has made a career out of wearing a nametag.

Scott developed the nametag profession as a way to teach people how to overcome their shyness and the awkwardness of making that first introduction. In the process, he has become the authority on how to be approachable and turn being approachable into being profitable.

And now he’s taking a crack at trying to jumpstart the whole of humanity to evolve to a whole new realm of human ability.

“-able“ is the title of his newest book. In it you will find 35 strategies for increasing the probability of success in business and in life including:

Scott Ginsberg theory is this: The only thing in life that you have control over is yourself, and that you can’t make anything happen — but you can greatly increase the probability of that thing happening … by making yourself more –able.

In –able, Scott Ginsberg offers up a collection of life-learned practices for advancing things along with wit and humor and wisdom that will have your head spinning in no time flat.

Here are some examples directly from Scott’s book:

1. Ideas are free; execution is priceless. Anybody can wear a nametag. But not anyone can leverage a simple idea into a six-figure enterprise. Lesson learned: Your biggest advantage is when nobody can keep up with you. You have to be dangerously prolific. And refuse to slow down long enough for anyone to catch up. That’s how you out-execute the competition. And here’s how: First, executional velocity. Take action quickly. Second, executional volume: Take action prodigiously. Third, executional value: Take action exquisitely. Finally, executional vitality: Take action consistently. Are you an idea person or an execution person?

2. Never be stopped by not knowing how. Accept that the planets will never be aligned. Don’t wait until everything’s perfect. Don’t wait until you’re experienced enough. Don’t wait until you know what you’re doing. Don’t wait for overwhelming evidence to trust yourself. Heighten your impatience; enter into the heart of action and jump off the high board hoping there’s water below. Otherwise procrastination -– the redneck second cousin of patience –- will rob you of the motivation you need to carry in the cavalry charge. Finished is the new perfect. How will you leverage impatience as fuel for your motivation?

3. Ambition without focus is bankruptcy. How you spend your day -– literally, hour by hour -– will determine how much money you make, how happy you are, how healthy you are and how successful you become.  You almost have to force yourself to create a typical day. Otherwise you get cabin fever and your time not only manages you, it drives you insane. I’m not suggesting you choreograph every waking hour of your life. The challenge is designing a typical day for you, which enforces (some) structure and predictability, while still leaving room for spontaneity and playfulness. As long as you constantly ask yourself if what you’re doing -– in this moment -– is consistent with your No. 1 goal. Have you pictured your ideal day yet?

4. Anonymity is biggest barrier to success. I wear a nametag 24-7. I literally have zero anonymity whatsoever. I’m not suggesting you do the same. In fact, I strongly suggest you do not wear a nametag 24-7. About a fourth of the time, it’s a flat-out pain in the ass. But consider the adverse relationship between anonymity and profitability. A good start would be to throw away your marketing plan and begin writing a visibility plan. Because it’s not who you know –- it’s who knows you –- and, whose life is significantly better because they know you. How are you making people aware of you?

If you read Scott’s new book, let me know what you think.

9 thoughts on “Lessons Learned Wearing a Nametag for 10 Years”