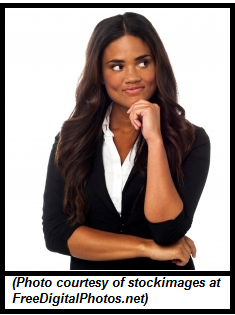 Photo courtesy of patpitchaya at FreeDigitalPhotos.net

Whether you’re self employed or you work for someone else, it is definitely worth your time to start looking for networking groups that can refer you new business.  If you work for someone, take steps to persuade your employer that you will get business by working with these groups.  I’d like to share with you a true story which demonstrates how this can greatly benefit you.

I met a bank manager several years ago who worked hard at persuading his supervisor that participation in a BNI® chapter would yield substantial results for his branch.  The supervisor reluctantly agreed to let him join on a trial basis.  The manager began getting referrals soon after joining.  After several months, another member gave him a particularly good referral–a man who was disgruntled with the level of service at his current bank.  The manager decided to visit the man at his company.  The man told the bank manager that he felt he was not getting personal service from his bank.  The manager assured him that his bank prided itself on service.  He gave the man his personal mobile and home phone numbers and told him that if there were a problem he could be reached any time of day, at home or at work.  The man thanked him for coming to his office and told him he would get back to him.

Two days later, at 9:00 a.m., the man was standing at the bank door with several savings and checkbooks in hand.  The manager met him at the door and thanked him for coming to the branch.  The man said he was impressed with the way he was handled by the manager and that he had decided to transfer his accounts to the manager’s bank.  To the astonishment of the bank manager, the new customer handed over checking, savings, and money-market accounts totaling over $950,000!  After everything was completed, the man told the manager how glad he was to be referred to him by their mutual friend.

I first heard this story when my office (BNI Headquarters) started getting phone calls from every branch manager in Southern California who worked for that bank.  Each of them wanted information about local chapters of BNI.  When the bank manager who got the $950,000 referral told his supervisor where he got the referral, the supervisor (Remember him?  The reluctant one?) called all his other branch managers and told them to join a local chapter of their own within the next two weeks.

If you work for someone else, the lesson here is to persuade your supervisor.  Not long ago, I spoke to an individual who wanted to join a networking group but was told by his boss that the company wouldn’t pay for it.  This savvy salesman asked his boss, “If I front the money myself and get two referrals that turn into sales within the next thirty days, would the company pay for it then?”  The boss said, “Sure, if you come in with two sales, I’ll see to it that the company pays for the membership.”  Well, guess what?  This salesman, thus highly motivated, closed three sales and was working on four others at the end of the first thirty days.  He told me that his boss “gladly payed for the original membership, and recently paid to renew it.”  Whether you are self-employed or work for someone else, start looking for groups that refer you new business.

Do you have any stories about lucrative referrals you’ve received through joining a networking group?  If so, I’d love to them–please share in the comment forum below.  Thanks!