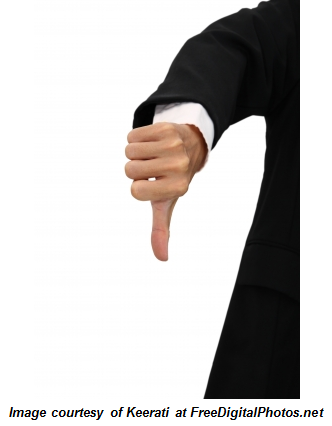 Years ago, I met a woman who was known as the consummate networker – she had hundreds (if not thousands) of contacts, giving her a wide-ranging network made up of people from all walks of life.  She was well-known as the go-to person if anyone needed anything.  Then, one day during a conversation she and I were having, she dropped a bombshell . . . she said that her networking efforts weren’t really paying off for her.  She went on at some length about all the groups she went to, all the people she met, and how she had made all these contacts and was continuing to make more all the time but wasn’t actually getting any solid business from her efforts.

Why wasn’t she seeing real results?  Because despite her great talent for making contacts and gaining visibility, she was never really getting to the heart of what networking is about–building relationships.  She was so busy running around and making appearances that she wasn’t ever learning how to actually “work” the networks she had built in order to build deep relationships with people and develop credibility with them.

It’s true that she was visible in the community–very visible, actually.  The problem was that she viewed “activity” as an “accomplishment” when it came to her networking efforts.  Her network was a mile wide but only an inch deep.  She had not taken the next, and most important, networking step with the many, many people in her wide-reaching network–she never devoted the time to developing the kind of rapport with any of them that would allow them really get to know her, like her, trust her, and want to pass her business.

I bring this up because I just recently saw the same thing with someone I’ve known for a few years.  He made a consistent habit of going to every single networking meeting/event he could go to and he was incredibly visible.   Not only was he always at networking meetings but he was always full of energy and enthusiasm from the time he arrived to the time he left.  Again, the problem was in no way due to a lack of activity, effort or enthusiasm in regard to putting himself out there and meeting new people; the problem was that he was running around so much that he never stopped long enough to spend the time necessary to establish the kind of long-term roots that lead to an ongoing, reciprocal referral relationship.

If your goal is to significantly grow your business, networking with your main focus being solely to make as many contacts as possible will not help you achieve your aim.  If you’re networking in this way, you’re also guaranteed to get burned out on networking because constantly being on the go and trying to keep track of hundreds of people who you don’t really know is exhausting.  There needs to be a balance between the visibility-creating aspect of your networking efforts and the credibility-creating aspects of your networking efforts.

What are your thoughts on the ideal networking focus/approach?  What do you feel your main networking focus is currently?  I’d love to hear your thoughts and, also, if you know someone with the type of  hyper-visibility networking style I describe in this blog, please share what you’ve observed as far as their networking technique and how you think it has worked out for them.  Thanks!

5 thoughts on “Hyper-Active Visibility Is Not a Good Thing!”