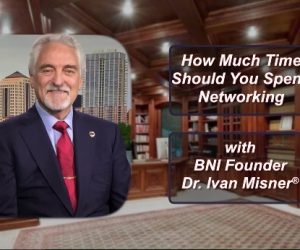 People who say that networking played a role in their success spent an average of 6 1/2 hours a week networking and had half of their clients from their networking time. However, people who did not invest as much time networking also did not report as much reward.

2 thoughts on “How Much Time Should You Spend Networking?”