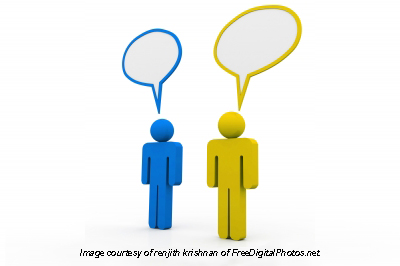 The number of referrals you should expect to receive is dependent on the type of business you’re in and the effort you exert to develop your network. Some professions receive more referrals than others.

For example, a florist is going to get many more than a real estate agent. However, the florist will have to sell a lot of flowers to make up for one real estate sale. Hence, the type of profession can somewhat determine a range in the quantity of referrals.

Having said that, however, the actual number that someone in a specific profession can get varies dramatically depending on their efforts to develop those referrals. This variation depends on how they “work” their networks. You remember the old computer adage “garbage in, garbage out”? It means that if you put bad information into the system, you’re going to get bad information out of the system. Well, one’s networking efforts are very much the same.

Clearly, word-of-mouth and referrals are critical to the success of many businesses today. The question is, how do you increase it? First, consider professions that are part of your contact sphere. These are businesses that have a symbiotic relationship to yours. Contact spheres are the building blocks of your referral business because they help to build a solid base of repetitive referrals for you. Read “Developing a Networking Contact Sphere” for a more thorough explanation.

Next, you should diversify your networks. That is, you should participate in different kinds of networking groups so that you may have a diverse cross section of businesses and professionals as part of your center of influence. It’s important for you to understand that you must first build the foundation I speak of above before you can have high expectations for developing referrals. Based on research that I conducted at the University of Southern California a number of years ago, I found that the average participant in a strong contact network or a business development network (groups that meet weekly and allow only one person per profession, and whose primary purpose is to pass business referrals) generated, on average, 4.2 referrals per member, per month, or roughly 50 referrals per person, per year.

See Chapter 8 of my book The World’s Best Known Marketing Secret for additional information about the payoffs of networking. Please note that there are many intervening variables to this number. In my study, these variables included such things as length of membership, the profession they represented, the years of experience, the level of participation and more. One thing that didn’t seem to make a difference was gender. Both men and women generated substantially similar numbers of referrals throughout their participation.

To summarize, the number of referrals you can expect will vary depending on your profession and your efforts in the networking process. However, on average, I’ve found that many businesspeople can generate more than 50 referrals per year via their participation in a single networking organization. What makes this number truly significant is that most people would agree that a referred contact is much easier to close into business than other types of contacts. I believe this is the reason that so many businesses say they generate most of their business through referrals and word-of-mouth.