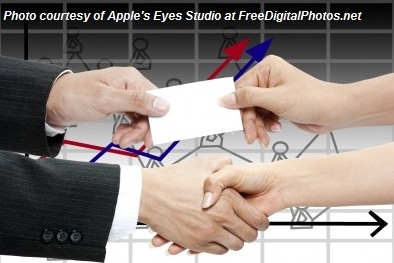 While I was in Stockholm giving a presentation on networking recently, a European newspaper reporter with a major publication arranged to do an interview with me. Upon arrival, he really started putting me on the spot about online networking, telling me it is replacing the face-to-face process. He was almost militant in expressing his point of
view and was essentially telling me that traditional networking is going the way of the buggy whip. Honestly, I was surprised and a little annoyed at first that this reporter was being so confrontational about networking and I finally asked him:

“Why are you here to do this interview?”

He seemed confused and asked, “What do you mean?”

I said, “I mean, why did you drive all the way out here to this big stadium to meet with me in person just to do this interview? We could have easily done it by phone.”

He looked at me and said, “Interviews are better face-to-face.”

“Exactly! I rest my case,” I replied. “Networking is much the same . . . it beats communicating online, or over the phone, because nothing can ever fully replace an in-person conversation.”

The reporter relented. “Yeah, I get it,” he said, “that makes sense. Some things are much better in person. It’s true.”

Until the time comes when we can have a face-to-face meeting with a holographic image like the Jedi Knights of Star Wars, it’s probably still a good idea to network in person whenever possible.

By the way, when the world advances to a point where we can do the “Star Wars Networking” thing, I have dibs on being Obi-Wan Kenobi. Come on, it only makes sense.  You have to admit you see the resemblance, right?  I mean, if you slap a dashing smile on his face, we’re practically brothers!  OK, OK . . . maybe I went too far with the “dashing smile” bit, but just remember that I called dibs first. 🙂

7 thoughts on “Face-to-Face Vs. Online Networking”