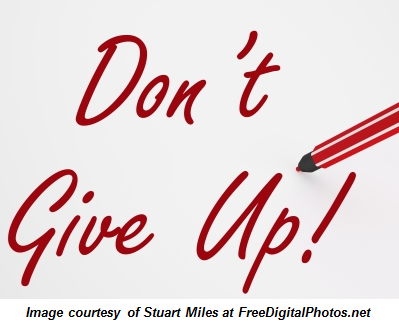 I received this story from one of my readers. I think it is a GREAT example of how networking is more about farming than it is about hunting. Don’t give up too soon. It  is all about relationship building, and that takes time!

In any endeavor, there is an objective in mind . . . a goal line to cross. When I first joined my networking group, it was to get enough referrals and closed business that I could make more money than the cost of membership. Being an investment advisor, I was made aware that the time horizon for a quality referral was the longest of any profession represented around the tables.

The first time I joined a networking group was in November, 2007, and even though that group eventually dissolved, I was fortunate enough to find a seat in another flourishing group in November of 2009. During the declining period of my first networking group — through its loss of charter, core group restart process and eventual dissolution — I was beginning to despair. I was approaching the two-year mark with no referrals, and my group was washing out from under my feet. My friends and colleagues started asking me, “What are you getting out of it?” Driving to one of the final meetings before my group disbanded, I was contemplating giving it all up. Then I remembered an affirmation from years ago: Don’t give up five minutes before the miracle happens.

Anything one believes must withstand self-scrutiny, so I really took a hard look at why I kept attending. The answer was simple: I believed it would eventually provide the results I expected. Additionally, there are other intangible benefits that are hard to quantify. My networking group provides a business education that is not taught in schools, and the larger bonus . . . it’s also the practice lab. I believe in systems. If you focus on the right systems, the results will follow. You (Ivan Misner) say networking is about “farming,” not “hunting,” which requires the nurturing of relationships in order for them to yield anything fruitful, much the way a farmer must attend his crops or orchards.

So the payoff? After two years and three months, I received my first referral from one of the relationships I built from my first group. The size of the account was four times what I expected, and since I work on a fee-based schedule instead of commissions, the income stream from this exceeds my yearly dues and renewal fees. One referral has and will pay for my membership in perpetuity.

Don’t give up five minutes before the miracle happens!