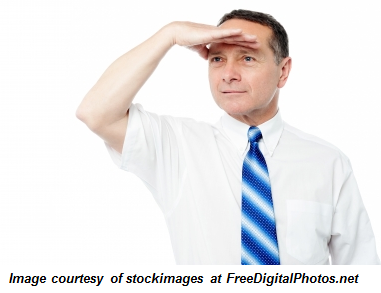 I had a conversation this week with a florist who was bemoaning the commitment he’d made in becoming a member of a local referral marketing group. He complained that he had never considered himself a natural networker and had assumed joining the group would jumpstart his networking efforts. But after five months, he still felt uncomfortable trying to build relationships with people he considered to be virtual strangers. He still felt like he had no real networking experience and that he didn’t have a clue how to develop the necessary networking skills that would make his membership worthwhile. He said it would probably be better for him to stop wasting time and just quit the group.

Here’s what I told him: It’s never too late to start creating your networking future. You can make a new start right here and now, no matter what wrong networking moves you may have previously made.

Start by taking stock of your networking strengths and weaknesses and use that knowledge to make goals and plans for yourself. Implement weekly networking strategies and be clear with yourself about what you need to work on to improve your networking skills. Just as in building a new house, you need a strong, stable foundation on which to construct your “networking home.” First things first: You must set goals, develop a plan and start accomplishing networking steps.

If you feel a lot like the florist when it comes to the current status of your networking efforts, here are seven keys to create your new, successful networking future:

1. Start by setting networking goals. Networking goals are vital. They keep you focused on the steps needed to network your business every day. Careful attention should be paid to this process.

4. Recruit your word-of-mouth marketing team. Begin recruiting the individuals who will serve as your ambassadors. They are critical to your success. Why? Because networking, by definition, is a team sport. You win only when others are winning alongside you.

5. Give to others first. There is tremendous power in te law of reciprocity in networking. You will find that there are great benefits to giving to others in your network first, before expecting anything in return.

7. Master the top 10 traits of a successful networker. Set a high bar for yourself by aiming to master the top 10 characteristics that define a master networker. This gives you something to aim for and a way of assessing where you stand now, relative to that goal.

4 thoughts on “Create Your Networking Future”