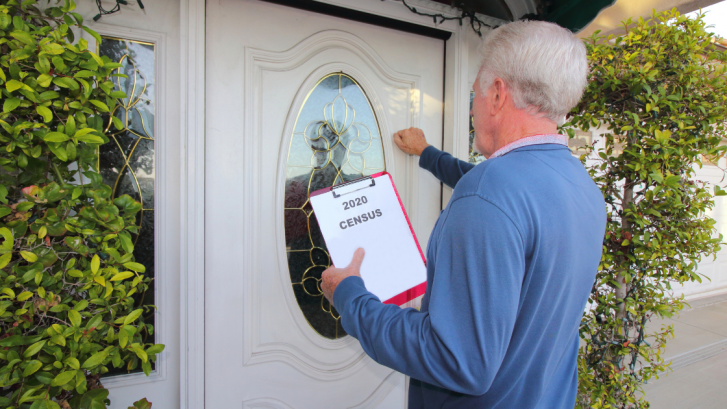 Your first thought after reading the title of this blog might have been . . . “Census Survivor,” what’s there to survive?”  Well, for one medium-sized suburban district office of the 1980 census, not that much . . . unless you count six dog bites, three car accidents, and 11 attempted assaults (two at knifepoint, four at gunpoint, two with a baseball bat and the rest merely by hand), as well as a census worker who fell down a flight of steps, another who had a door slammed on her hand and, of course, the census worker who fell in a hole in someone’s front yard.

These were but a few of the challenges I ran into when I was the Field Operations Supervisor of the 1980 Census in Covina, California.  It was my first management job. I was a young man in graduate school who had over 500 people who worked for me during this operation.  I actually hired (and fired) more people in those nine months than I did in the next 40 years combined!

Tales of an Enumerator (Census Taker)

We had water balloons dropped on enumerators at a local university, we did a set of interviews at a nudist camp (OK, in all honesty, the Census taker in that situation didn’t mind it too much), we had enumerators being propositioned–a lot–and we even got information about residents from dog tags!

I’d like to say that I miss this experience but . . . I don’t. It was trial by fire. That said, I am very glad I went through it. It gave me an opportunity as a young man of only 24 to manage and supervise over 500 enumerators. It was an experience I will never forget and always be grateful for . . .  mostly.