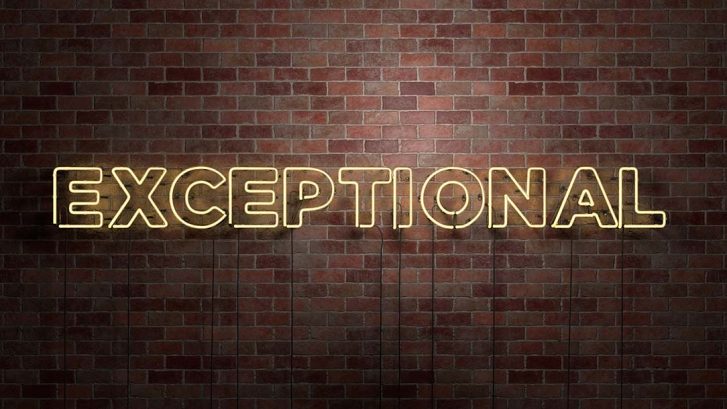 Throughout my business career I have been reminded countless times that exceptional performance is not achieved by looking for exceptions. There are numerous people who want “great” results but don’t want to put in “great” effort. I truly think that if people spent half as much time focusing on the fundamentals of success in the areas they are interested in – they would get twice the results that they are currently getting. Instead, I see way too many people searching for ideas and then arguing with people about what works (especially with people who have already achieved success in that area).

I once read an article by a friend of mine who was talking about Tony Alessandra’s Platinum Rule (treat people the way ‘they’ want to be treated, not the way ‘you’ want to be treated). The piece was well written about Tony’s material. Then I saw that some guy posted a comment saying this was a horrible idea because people don’t always know what’s best for them. Really? That seemed crazy to me but in case I was overreacting, I checked out some of this guy’s other writings. I looked at his comments on other people’s posts and he was ALWAYS the guy taking an opposing position. He disagreed with virtually everyone about virtually everything. I then looked at his original posts and discovered he was a total loser! He clearly jumped from business to business and didn’t appear to be successful at anything. The best thing this guy seemed to do was argue about everything; he seemed to be an expert at taking exception to other’s views.

Shortly after I read my friend’s article about the Platinum Rule, I received an email from a person who had visited some BNI® networking groups. They wrote me to say:

“I am interested in how I can provide my extensive list of contacts to a local networking group without having to attend the weekly meetings… we can [only] attend once a month to a meeting… but we still [want to] adopt the group’s ethos and principles of such a well-structured program.”

That request got me to thinking…
I’d like to win the Tour De France, but I don’t like all that peddling.
I’ve always thought it would be amazing to win an Olympic medal but come on, is all that conditioning really necessary?
I would have liked to become a medical doctor but, can I do it without all the blood and internal organ stuff?
I would love, really love, to be a military General – but boot camp? Seriously, do I have to do boot camp?
And most coveted of all – a Nobel Peace prize. That would be so amazing! But must I change the world in some important way? Surely, there must be something less I can do and still get the same results – right?

If only wishing made it so. But it doesn’t.

Looking for exceptions to what’s been proven to work seems to be the norm for many people. However, those who are constantly searching for exceptions to validate their reasons why the disciplined hard work that has made others successful won’t work for them, will, in my experience, only find one overriding truth–the exceptional people who have achieved success through consistent, disciplined action are, in fact, the only real exceptions to the norm.

An old friend of mine, Don Osborne, shared with me some material…

What I’m about to tell you will seem….