BNIBusinessIndex.com has had a facelift.  Check out the new site.

This is a website that gauges the pulse of entrepreneurs from all around the world through a very simple quarterly survey.  If you have a few minutes, look at the site and take the current survey.  It only takes a couple minutes (really)!

To take the current survey, CLICK HERE.  Note – you can get a FREE copy of one of my books (some rules apply) by taking the survey.

BNIBusinessIndex.com has released its worldwide business survey findings for the first quarter of 2011.  Almost

1,500 business people participated in the survey—people from every populated continent around the world—and the results (see graph on the right)  indicate that, overall, the global economic state is improving.  69.4% of the respondents for the first quarter of 2011 feel that business is growing or growing substantially (compared to this time last year).  This number has increased since the prior BNI Business Index Survey which was conducted during the last quarter of 2010—respondents to this same question at that time weighed in at 67.8%.

Furthermore, half of all business people who took the survey (see the pie chart below) for the first quarter of 2011 (50.2%) said that they would, or possibly would, be hiring people over the next few months.  The retail sector (not shown here) responded with a strong 61.2% to this same question.  This is definitely good news

for the global economy and certainly a move in the right direction for the recovery.

What was most interesting in this survey however, were the hundreds of comments offered up by business people and entrepreneurs around the world.

I’ve broken these comments down into six primary categories:

Government Regulation
Frustration relating to government regulation was adamantly expressed by many respondents and this topic was commented on by more people than almost any other.  A particular comment from one of the survey respondents summed up the frustration best.  This business owner said, “I’m tired of politics and power trips!”

This type of frustration was mirrored by many individuals who complained forcefully about “tax increases killing business . . . serious government intervention . . . the loss of tax credits . . .  mismanagement of government programs . . . and serious regulation.” It’s significant to note that these complaints were not limited to simply one or two parts of the world; on the contrary, these comments were echoed by entrepreneurs based on virtually every continent.  Business owners everywhere unanimously expressed great frustration with taxes and government intervention.

Changing Target Markets
The need to change one’s focus in the marketplace is another theme that cropped up in the recent survey responses.  As one respondent put it, “I’ve changed my target market to one that has both a greater need and a willingness to do something differently.”

Another entrepreneur said, “(Although) business is growing, the comfort zone of (keeping) a client has been lost.  There is a feel of uncertainty for business in the next quarter. The style with which the world does business is changing fast.”

This respondent went on to describe how some businesses are tweaking their target market in order to add on new “market segments” for additional revenue streams.

The Credit Crunch
Many observations were made about the credit crunch.  One was a complaint that seriously resonated with me.  The respondent stated, “I have great credit but Amex has still dropped my credit line by more than 50% in the last two years!!! It’s hard to run a business without a proper credit line.”

Another business owner said, “(There are) still not enough cash reserves or (enough financing) from banks” to support the business.  One individual put this a little differently, stating: “This is just another (line) in the chorus of ‘it is really hard to get loans.’ We tried to get a business loan and got rejected despite great credit because of our lack of a track record. We are only three years in business and were not considered a good risk. Instead, we are taking out a personal loan and will be lending the money back to the business ourselves. Strange but true.”

The Yo-Yo Effect
Many entrepreneurs spoke of the Yo-Yo like market place—business starts looking up and then things slow down.  Things start to go up again, only to fall back down the following month.

One person said their “billable hours more than doubled late last year” only to see them drop during the first quarter.  They went on to say that things are moving upwards again.

Another respondent said, “The adjustments and contractions are still occurring and it has naturally forced many of us to change and adapt. We’re not out of the woods yet.”

Natural Disasters
The long series of natural disasters have been a big issue mentioned by many entrepreneurs.  In North America, one person lamented, “My area has been getting pounded with snow, more snow, sleet, and freezing rain which has certainly had an impact on store traffic.”

A survey participant from New Zealand said, “Business here is incredibly tough, particularly since the earthquake – everyone is traumatised and there is a ripple effect through to all corners of the country. However, we are a resilient bunch, and there is an amazing ‘can do’ culture here- so we will overcome this tragedy.”

Many people from Australia wrote about the flooding in Queensland and challenges created because of weather in the country that has dramatically impacted their business.   One respondent stated that the natural disasters in the country have made “people much more reluctant to spend money on services that they perceive aren’t absolutely necessary.”

Creative Responses
Despite the obvious anxiety that exists, many entrepreneurs were hopeful.  People said: “There is greater optimism out there, it is noticeable with clients and prospects . . . since I’ve spent much more time networking I’ve felt the results more than double.” One person said, “I am on track to match last year’s revenue in the first quarter of this year!!!”

Another individual stated, “Consumers are willing to start spending more . . .” He went on to say that he has really focused on building a stronger referral-based business.  He said, “What was good enough three years ago is not good enough today.  This recession has motivated me to get better.”

The following statement from one particular respondent sums up the situation well: “I believe that it is important to not get caught up in what you are being fed. That doesn’t mean hiding your head in the sand, but not getting caught in the hype. Things are always changing, so stop and think how you can be a part of it. Reinvent yourself if you can, or think outside the box. Refusing to participate in the recession and looking to where you can grow are important strategies. If you don’t get caught in the negative (aspects) of change, sometimes you can see opportunity.”

Despite some of the written responses expressing negative perceptions of the economy, the survey results are promising.  With 69% of the respondents saying that business is better today than a year ago, things definitely appear to be moving in the right direction.   Now, if only the government and the environment would cooperate!

What are your thoughts about the results of this survey???

Disclaimer:  The views expressed here are based on survey results from BNIBusinessIndex.com.  The data, information, opinions, and comments documented here are not necessarily the views of BNI, its franchisees, members, or this author. 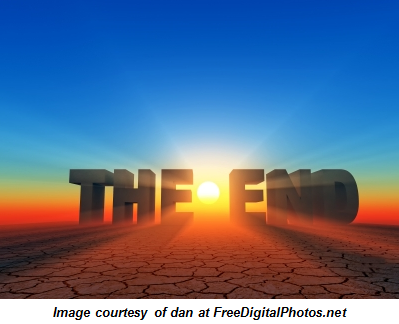 No, not the end of the world, silly . . . I’m talking about the end of the recession. Recently, I wrote about “Business Looking up in 2011” which was based on a survey of over 5,000 businesspeople and entrepreneurs at www.BNIBusinessIndex.com.  The survey was a global survey that was taken by people from every populated continent in the world.

The survey found that almost 68% of the respondents say that business is growing or growing dramatically compared to this time a year ago.  What the survey doesn’t explain is why those businesses are growing.

I have a few thoughts, based on my observations recently, which may shed some light on this and also provide insight into how you can grow your business:

If you have any insights / observations about the current upward slope of business or outside-the-box tips on how to boost business despite a challenging economy, please leave a comment and share your thoughts. 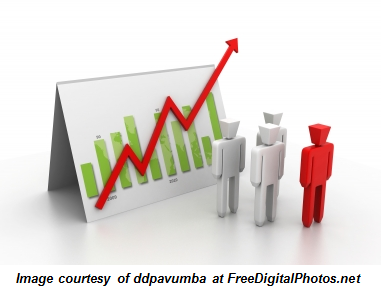 My company has recently created a “business index” to gauge the economic state of business based on global survey results of retailers, service companies, and manufacturing companies all around the world.

The statistics gathered from the survey results are intended to keep small business owners, entrepreneurs, and companies, as well as the general public, educated and informed as to the changing state of the global business economy and the current business trends that become apparent over time.

The January, 2011 BNI Business Index Report (based on the 4th Quarter of 2010) represents the first report published by BNIBusinessIndex.com.

This appears to be very good news for the recession weary business community.  For more details on these and other findings, go to www.BNIBusinessIndex.com.

Take a moment to share with me how business is doing for you.  Do these findings track with your experience?  Let me know here. 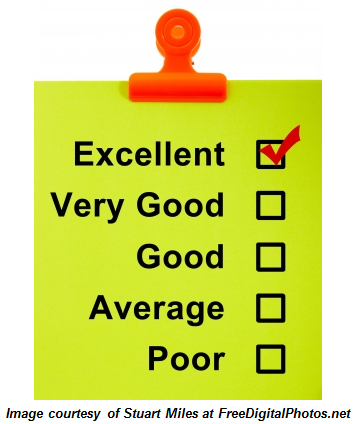 I’m taking a survey on how business is today compared to a year ago.

If you have a few minutes, please answer these three short questions.  I’ll publish the results next month here on my blog.

Use this link to pass on to other people so they may take the survey: 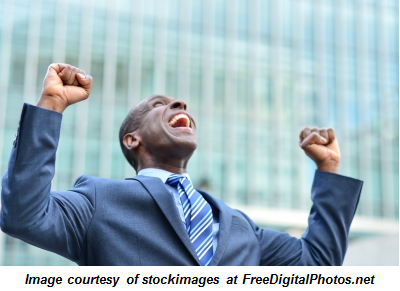 It’s no secret that the economy goes through cycles. Each time it takes a downturn, unfortunately, salespeople, business owners and professional service providers feel the fallout.

Data released by various sources, including the SBA and American Entrepreneurs Association, reveal that more than 50 percent of all businesses close their doors within their first seven years. During a recession, the rate of business failure rises more dramatically. Not included in the statistic cited above are the departments, plants or whole divisions closed by large corporations when times are tough. In today’s ever-changing business environment, if you want to be successful, you need to have an edge over your competition.

Most businesses rely on advertising in one or more ways to try to get an edge. However, if you offer the same products or services through the same means to the same targets as your competitors, it’s difficult to achieve an edge. This means you need to be very creative in order to be competitive in today’s marketplace. Creativity in marketing your business has become a basic tenet for today’s successful company or professional practice. Here’s a great story of how one business exemplified creativity at its finest in order to gain an edge:

Three store owners shared adjacent storefronts in the same building.  Times were tough. In hopes of picking up sales, the store owner at one end of the building put a sign over his front entrance that said, “YEAR-END CLEARANCE!!!”  At the other end of the building, a second owner responded with his own sign: “ANNUAL CLOSE-OUT.”

The store owner in the middle knew that he had to act fast or he’d lose a lot of business. After careful consideration, he hung a larger sign over his front door that read, “MAIN ENTRANCE.”

If you have a great example of how you’ve used creativity to get an edge over your competition, I invite you to share it in the comment section. Your story could be just the encouragement other business owners need to get their imaginations in gear!