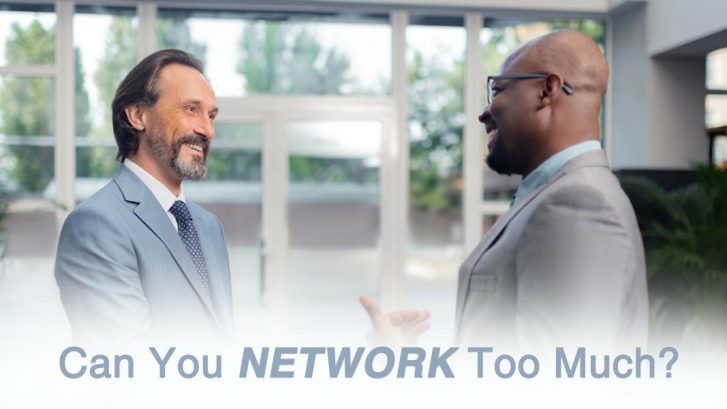 In the book, Business Networking and Sex (not what you think), my co-authors and I surveyed 12,000 businesspeople and shared the results.

We found that the average businessperson spends six and a half hours a week on their networking efforts. This includes BNI and networking group meetings, chambers of commerce, civic and service clubs.

If our goal is to be average, we have to spend six and a half hours a week. I think that eight hours a week is more effective.

Effective Use of Networking Time

Do you arrive early and stay after the event to talk with new people and deepen the relationships with those you already know?

Do you plan what are you going to say about your business while networking?

Do you talk about a specific part of your business with a clearly defined Target Market that others can easily identify?

Do you listen, really listen, when others share about their business, taking notes to help you find potential referrals for them?

Do you have a prepared testimonial for one of your networking partners, telling others what a good job they did for you or someone you referred to them?

Have you contacted two or three business friends to attend the networking event with you? Maybe someone who is already a good referral source for you – are they getting the benefits of business networking?

Remember to follow-up with those who will be attending the event with you. A quick call or text the day before is reassuring to them and lets them know you want them to be there.

Do you review your notes after each networking activity to see if you have a possible referral for a fellow businessperson?

If so, take action – contact those potential referrals and make the connection to your networking friend who can help them.

Do you meet with strategic networking partners outside of organized events to continue building a mutually beneficial business relationship?

How about sharing something you heard at a networking meeting on social media? Not to sell anything, just to help advertise the expertise and business of others in your group.

Are you continuously learning about effective networking skills, techniques, and opportunities? There are many resources available to those who dedicate time for their own education.

All of these suggestions can expand your networking time in effective ways to get the results you desire.

So, is it possible to network too much? The short answer is, yes; if you are spending more than eight hours a week, you might be spending a little too much. You don’t want to burn yourself out. However, you can do well with a thoughtful, intentional plan for your networking efforts.

Remember that networking is a marathon, not a sprint. We invest two things in business networking – time and money. For the best results, TIME is our major investment. Do we want average results? Or are we willing to Give more to Gain more?

6 thoughts on “Can You Network Too Much?”