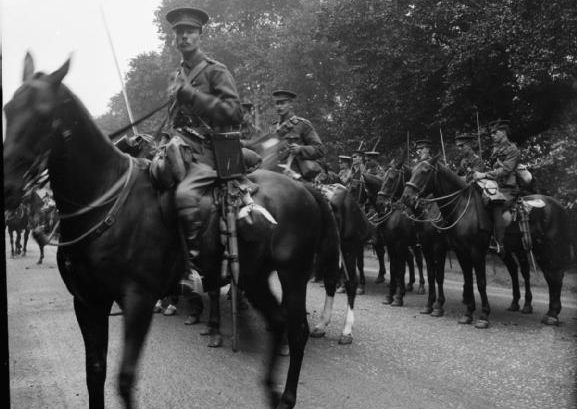 When I was a young man just starting my doctoral degree at USC, I had the opportunity to study under a retired Brigadier General from the army. In retrospect, he was one of the best professors that I had during my tenure. In that course, he told me a story that has stayed with me for many decades.

The General told me this story in the early 1980’s. He said that when he was a young first lieutenant (which was decades before that) he was stationed in Britain. As a lieutenent, he was tasked to do a “time and motion study” of a British artillery division. My professor went to the unit and carefully watched as the men prepared to fire the guns. He said he watched as they prepared the weapons to fire. When they were ready, one man marched confidently to the left and stood at attention with his hands behind his back and nodded to the artillery men. They then, proceeded to fire the guns.

The general (then a lieutenant), asked the man why he marched to the left and stood at attention before they fired the weapons? The soldier told him that was the way he was trained to do the procedure. The lieutenant asked the soldier who trained him. The soldier replied that the sergeant trained him. Consequently, the lieutenant went to the sergeant and asked him why he trained the men to march to the left and hold their hands behind their back before they motioned for the weapons to be fired? The sergeant replied that the master sergeant had trained him to do it that way. So, the lieutenant went to the master sergeant and asked him why he trained the sergeants to train the men to fire the weapons that way. The master sergeant said “that’s the way we’ve always done it in this man’s army sir.” He had no further insight as to why it was done that way.

So, my professor (then a lieutenant), went off to produce his report regarding the process. One evening he decided to take a break and went to a local pub frequented by many military personnel. While there, he found himself sitting next to a very elderly retired sergeant major from the army.

Now you have to understand that I met the retired general in the early 1980’s and he spoke to this sergeant major when he was a very young first lieutenant. He said this retired soldier was involved in the military back in the old “cavalry” days.

My professor told the retired soldier that he was very perplexed by this artillery process and he asked him if he had any idea why the men would march to the left and hold their hands behind their back. When my professor asked his question, the old sergeant major said, “why lad… they’re holding the horses of course.”

The general, now my professor, said that it had been decades since the military had to hold the horses before the men fired the guns. Yet, there were still men holding these non-existent horses! He also had another great story about communication.