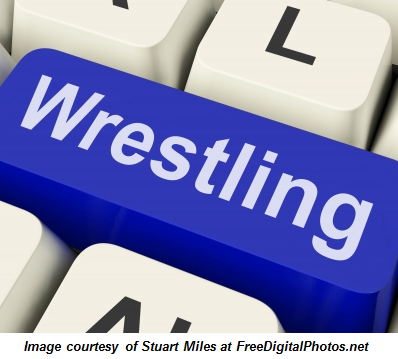 Business conferences, as a rule, aren’t extraordinarily exciting. They don’t really take your breath away.  The one I attended in Hot Springs, Virginia, in 2006 was no exception.  Mind you, it was interesting – but not much really exciting happened except for one particular evening.   A friend of mine witnessed someone desperately choking at a restaurant.  She calmly and professionally, walked up to the person and swiftly did the Heimlich Maneuver to dislodge the food.  I heard all about the experience from several witnesses who watched in awe, as our mutual friend saved the day.

I vividly remember stopping to think about what I would do if I were alone, had something stuck in my throat and there was no one around to do the Heimlich on me.  At the time, I didn’t know anything about the chair Heimlich which would have made my experience and this story much less dramatic.  But I didn’t know it at the time, and so I sat with my thoughts considering what I might do.

I finally came to the conclusion that I would simply jump as high into the air as I could and slam my body onto the floor to force the air (and the food) out!  There, great.  Another problem solved.  Now, next thing to contemplate.  Seriously, that was about as much time as I thought about the “possible dilemma” which I would probably never face.

Fast forward exactly one month later to May 8th 2006.  I was sitting in my office working from home one afternoon.   It was well after lunch time and I was getting hungry.  I decided to heat up some left-overs from last night’s dinner.  I checked with my son who was way over on the other side of the house to see if he was hungry.  He said, “No,” so I proceeded to microwave the piece of tri-tip beef and some vegetables.

When it was good and hot, I took it into my office and sat at my computer working on whatever project I was working on while I absentmindedly ate my lunch.  The steak was really good, but it had some gristle that made parts of the meal a little difficult to chew.  I took a pretty big bite of meat, chewed it up, and swallowed.  What I didn’t realize, however, was that a tough piece of gristle was attached to the other half of the piece in my mouth I had not yet chewed.  So, when I swallowed the one piece, it pulled the other piece down in on top of the first.  As I’m sure you guessed by now, the steak was well and truly lodged deeply in my throat.

Yikes!  “What do I do,” I thought?  I reached for the phone to dial 911, however, I quickly discovered that when you have something completely stuck in your throat – you CANNOT make a sound.  Nothing, nada, zip, zilch.  You are completely silent!!!  “But wait,” I thought to myself, “I have this all figured out – I thought about this a month ago.  I’ll simply jump as high as I possibly can and slam my body on the floor.  Yea, that’s the ticket – I’ll do that – NOW!”

With that, I stood up, took a big step, launched myself into the air and slammed onto the floor.  Unfortunately, other than a couple of badly bruised ribs, absolutely nothing happened.  At this point, I was getting pretty desperate and feeling a little light-headed, so I quickly stood up, took two or three really big steps and LAUNCHED myself as high as I could into the air.  It was so high it would have made any professional wrestler proud.  It was in fact, a world-class Wrestlemania body slam – right on the floor of my office.

With that, the stuck piece of steak popped out of my throat, but it remained in my mouth.  I then opened my mouth and frantically gasped for a big deep breath.  Luckily, I was able to get a big gulp of air.  Unluckily, the steak was still connected to the rest of the bite by the stringy piece of gristle – it immediately got sucked right back into my windpipe!!! The thought flashed through my mind that this might just have been my very last breath.

I thought I was desperate before – now, however, I was incredibly desperate.  I wasn’t thinking very clearly, and I thought I would run upstairs to get help from my son.  Unfortunately, I managed to get only part of the way there before I could feel myself starting to get light headed and on the verge of passing out.  I saw the stairs and called an audible.  Instead of slamming into the flat surface of the floor, I would slam my body into the stairs while aiming my solar plexus for one of the stair steps.  I took a running start for the stairs and did what had to look like a Three-Stooges-like physical stunt, launching myself into a stair step that I was aiming for.  This time, the piece of steak AND its evil twin both ejected from my mouth in a manner that was reminiscent of the Exorcist.

I sat down on the stair that saved my life and coughed, coughed, and coughed – but more importantly, took long deep breaths of air.  My throat hurt, my head hurt, and I can’t tell you how badly my ribs hurt.  I sat there for no more than a minute when the phone rang.  To this day, I do not know what possessed me to stand up and answer the phone – but I did.   I answered it with the most grizzled, gravely, frog-like voice you could possibly imagine.  “H-e-e-ello,” I rasped.  It was my mother.  She said, “Hi honey, is everything ok?”

Now I have no idea why my mother called.  We spoke often but not every day.  She had no reason whatsoever to call me that afternoon.  But she did call me.  Furthermore, she sounded worried.  She said, “I just had this bad feeling and I had to call you to make sure you were ok.”  “I’m f-i-i-i-ine” I rasped out.   “You don’t sound fine,” she said.  “No, I’m good – just something stuck in my throat is all.  I’m good now.”  I never told my mother what happened that afternoon.

But I sometimes think back to several moments surrounding this whole episode.  Why did that story about my friend doing the Heimlich give me pause?  What in the world possessed me to think about what I’d do if no one were around and I had something stuck in my throat.  And, how was it that my mother called moments after the episode and wanted to know if I was ok?

All of these are mysteries to my linear thinking, left-brained self.  But I think of them nonetheless. Needless to say, I have a new appreciation for each of the breaths I have left and that’s why I felt compelled to share this story with you today.

Have you had an experience that has caused you to personally never take another breath for granted?  If so, I’d really like to hear it so, if you don’t mind sharing it, please tell us your story in the comment forum below–thanks!