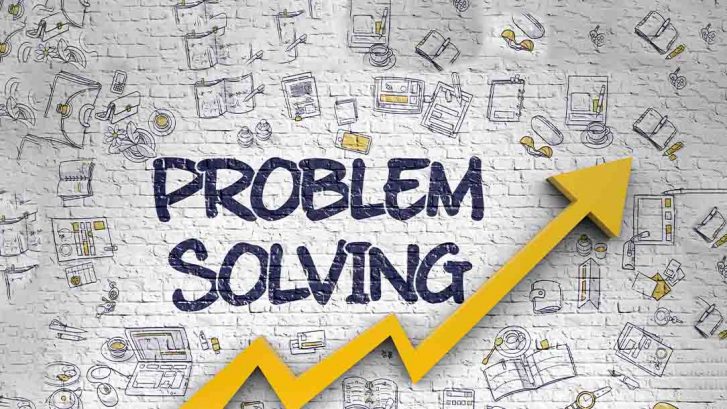 Years ago, I began using a technique in my business that I learned from my friend Dr. Mark McKergow, co-author of The Solutions Focus. It was a game-changer in dealing with the negative attitudes that tend to arise when a company is trying to problem-solve.

For example, when talking to a group of franchisees, employees, or even members of my organization, BNI®, I learned to ask a series of questions about the anxiety they had on any particular issue. For instance, I might ask a group, “What are some of the things that are a problem for you?” Sometimes, they might say something like, “Referrals. We’re not getting enough quality referrals.” Once I knew the problem, I was able to apply the process.

Know the Scale of the Problem

First, I would start by telling them that I think I can help them with the solution to this problem. I would then ask the person who posed the problem the following question: “On a scale from 1 – 10 with 1 meaning that you are getting no quality referrals at all and 10 meaning that you are getting more quality referrals than you ever imagined, what score would you give to the problem?”

Ironically, people to whom I’ve asked this type of question almost always say something close to a 4. So, in this example, let’s say the person says to me that the score they give the problem is a 4. My response to that statement is always… “Why so high?” When I say that, the person almost always looks totally perplexed and says something along the lines of, “no, I said a 4 – that’s low right?” I’ll respond by saying, “yes, I understand – you said a 4 out of 10. But my question is – why did you rank it a 4 instead of a 3 or a 2? Name just one thing that made you give it a score of a 4 instead of something lower.” They then offer one positive reason why they ranked the problem a 4 instead of a lower number.

Pinpoint What Is Working

Now, and this is important, I go to someone else – I don’t let the person with the complaint control the dialogue. I go to the rest of the room and say, “Someone else, give me just one factor for you, just one, that is working for you on this issue.” Then someone else inevitably gives me another. I repeat the procedure over and over again with different people. Each time I write down the answer (preferably on a flip chart where everyone can see the comments). Ironically, I almost always have someone who says something like this, “Actually, I wouldn’t give it a 4, I think it’s higher, I’d give it a 7 or an 8. Again, I say “great, why so high?” They then add their thought to the list which I write down on the flip chart.

Once I have a fair number of ideas (somewhere between eight and twelve), I slowly review the entire list with everyone stopping on the items that I think are particularly effective and explaining why I believe they are important. At this point I say something that surprises almost everyone. I say, “Actually, I don’t think you need my help. You already know what it takes to solve this problem. You have done a fantastic job of outlining almost everything that it takes to overcome your challenge and be successful with this list. If you do most of the things on this list that you gave me, you are going to create one of the most successful groups we have in the organization.” Then, I promise to meet with their leadership team after the meeting and help them triage the list to prioritize the topics in order of importance for the group.

2 thoughts on “A Positive Approach to Problem-Solving: Ask “Why So High?””