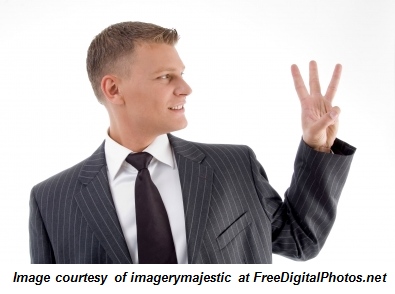 If you want to create meaningful relationships and maximize your networking efforts, read below for three pitfalls that you must avoid in order to be an effective networker.

In a strong, fully functional referral system, most of the referral process is going to happen when you are not present. You don’t want the system to shut down when you’re not there; you want your referral partners to be out looking for opportunities to refer you at all times. You want them to be in the habit of recognizing good opportunities for you and persuading prospects to contact you. If they don’t think of you when you’re out of their sight, you haven’t done a good job of training your clients or selling yourself to your referral partners–which probably means you haven’t been doing them much good, either.

You should make it your job to equip your referral partners with information about you that can be easily communicated to prospects. You should be making sure they’re motivated to refer you when you’re not around. And you should have a tracking system that can tell you what happened when you weren’t there in person.

Delusion No. 2: To maximize your chances of getting good referrals, it’s best to move from one networking group to another at regular intervals.
This is called “scorched-earth” networking, and it’s about as friendly as it sounds. The scorched-earth networker burns and pillages for new business. He’s a hunter at business meetings, more interested in bagging the big sale than in building relationships and helping others.  He does everything we say not to do if you want to build your business through referrals. He represents the absolute worst in networking.

The scorched-earth networker is constantly dissatisfied with the quantity and quality of the referrals he’s getting, so he moves on. He flits from one networking group to another, doesn’t establish any roots or relationships, networks relentlessly with everyone he meets (often inappropriately), believes that being highly visible is the key to referral success, and expects referrals from others even though he has done nothing that would make anyone else want to help him.

Serious networkers understand that, in order to build mature, healthy and mutually profitable relationships, they must devote a lot of time and effort to growing those relationships.  Have you heard the old saying, “Time equals money?” This is never truer than when it comes to membership in a referral-networking group. The longer you are committed to building the relationships, the greater the results you will experience.

Don’t get me wrong: Customers and clients can be a good source of referrals; we know that. However, many businesses (especially big corporations) are out of touch with the fact that other referral sources are available that can be extraordinarily powerful. Clients, although often the most readily available sources, are not necessarily the best or steadiest sources of high-quality referrals. The best sources in the long run are likely to be the people you refer business to. When you help another businessperson build his or her business, you’re cultivating a long-term relationship with someone who’s motivated to return the favor by bringing business to you, who shares your target market and who will work systematically with you for mutual benefit.